It was another busy weekend for the Cliftonville Girls Academy.

With a host of youngsters in action across various age groups, three players celebrated goal doubles with Katie Wilson, Erin Murray and Hannah McEntee occupying the forward roles in our latest Team of the Week. 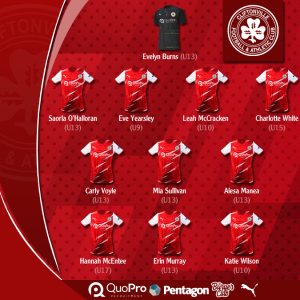 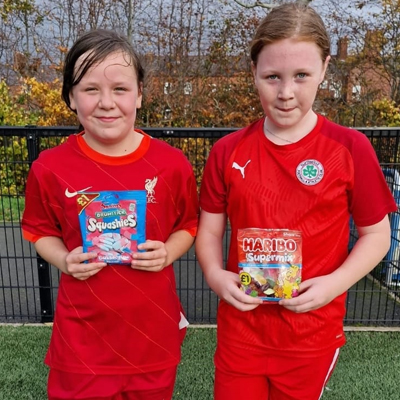 Under-10s (Red)
A friendly with Rosario at Ulidia saw Lilianna McKeown on the scoresheet alongside two-goal Katie Wilson, who shared the Player of the Match honour with Alesa Manea.

Under-17s
Hannah McEntee’s brace earned the Player of the Match award against Carryduff.