We’ve had some weird and wonderful submissions so far and every selection is sure to spark discussion among Cliftonville supporters of all ages – but what about YOUR point of view?

This season, The Red Eye has carried a regular feature called ‘Team Talk’, where fans are encouraged to provide their all-time Reds XI, plus a Manager to oversee the side. 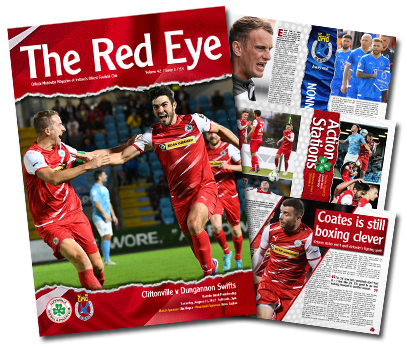 With the formation left open to your own choice, selecting 11 players should prove relatively straightforward – but it’s who you leave out that could prove troublesome, with the lack of a substitutes bench meaning you’ll almost certainly have to discard some favourites entirely.

To be in with a chance of starring in our Matchday Magazine during the rest of the campaign, simply send:

… to theredeye@cliftonvillefc.net and check out how your team compares to fellow fans as the campaign unfolds.