Cliftonville Football Club are very pleased to announce the signing of Colin Coates.

The 35-year-old central defender arrives at Solitude with a vast wealth of experience under his belt following almost two decades of involvement in Irish League football.

The six-times capped former Northern Ireland international is, of course, most famously known for captaining Crusaders during an 18-year spell at Seaview but, following 18 months with Glenavon, has this evening crossed the North Belfast Derby divide to put pen to paper for Paddy McLaughlin’s side under the watchful eye of his new Manager and the Club’s Interim Chairman Paul McKeown. 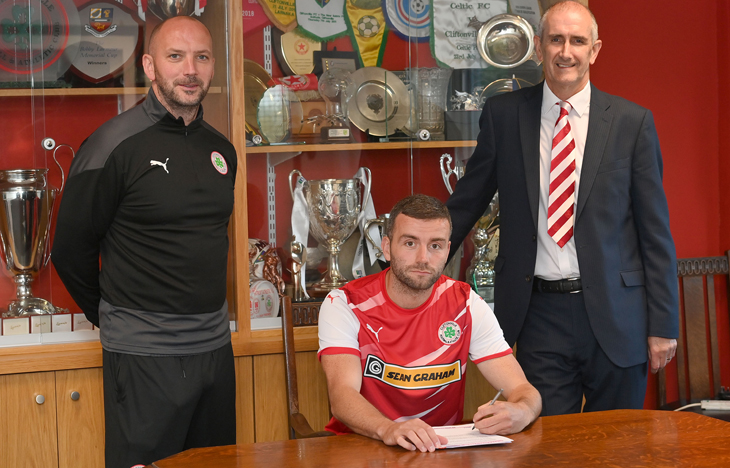 cliftonvillefc.net will have a full catch-up with our sixth addition of the summer in the coming days.