Cliftonville Ladies are delighted to announce the signings of Grace McKimm and Shona Davis.

With less than three weeks until the new Danske Bank Women’s Premiership season kicks off, the Reds have bolstered their ranks with the addition of a duo who are currently getting acquainted new Solitude team-mates Lauren Welsh, Fi Morgan, Abbie McHenry, Rachel Norney and Erin Montgomery in Northern Ireland’s Under-19 training camp. 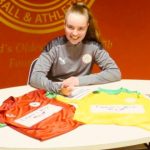 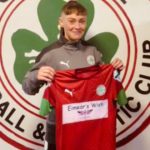 16-year-old McKimm, who joins from Linfield Ladies, can play at both left-back or on the wing, while Davis – a 17-year-old defender – returns to Cliftonville following a year with Glentoran Women.