Cliftonville Football Club are deeply saddened to learn of the death of Kenny Murdock.

A lifelong Reds fan who was a familiar face around Solitude for many years, Kenny was an enthusiastic volunteer who performed a multitude of roles for his Club across many seasons – from stewarding to cleaning seats, sweeping stairwells and setting the scene for guests and visitors.

Always one of the first to arrive at the ground ahead of a game, it became something of a matchday ritual for his fellow supporters to wave Kenny off as he cycled home past them once the action had concluded.

Captured in tears of joy by television cameras when Cliftonville’s 1998 Premier League title success was confirmed, Kenny was also a proud representative of the Reds on the international stage with his famous ‘Cliftonville FC Belfast’ flag a virtually permament feature at Republic of Ireland matches around the world. 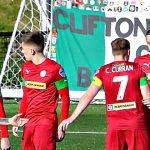 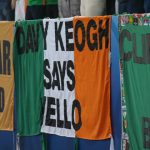 The man himself would achieve global notoriety in June 2016 when, summing up the feelings of Irish men and women everywhere, his emotions once again got the better of him in the aftermath of Robbie Brady’s late winning goal against Italy at the European Championships – imagery of which quickly went viral.

Just as those who have travelled the world to support Cliftonville and Ireland in his company will miss him, so too will Solitude feel poorer for his passing, with everybody at the Club offering sincere condolences to Kenny’s many friends and family.