Cliftonville’s struggles in the 1960s are the stuff of legend but, having achieved the heady heights of second-last the previous season, the question on everyone’s lips was could they build upon it come 1969/70?

The answer was a resounding no as Jackie Cummings’ side suffered a series of humiliations that not even the appointment of the great Kevin McGarry could address, with the Club’s strict Amateur ethos making it easy for rivals to cherry-pick all of the best talent at Solitude.

Continuing a retrospective series examining noteworthy seasons in the Club’s history, cliftonvillefc.net today reflects on the facts and figures behind a term that promised little but managed to deliver even less.

It was fair to assume that, after commencing their campaign with defeats to Ballymena United (0-4), Crusaders (0-3) and Coleraine (0-3), Cliftonville fans did not have particularly high hopes of going on to celebrate Ulster Cup glory.

The team did at least break their scoring duck thanks to Ken Keyes’ strike in a 3-1 defeat to Portadown and, after making it five defeats in a row courtesy of a 5-1 thumping by Linfield at Windsor Park, the Reds almost inexplicably then enjoyed back-to-back wins; Glenavon (2-1) and Ards (1-0) overcome at the start of September.

Normal service would, however, be resumed in Cliftonville’s final two early-season Ulster Cup outings, with Bangor (2-3) and Glentoran (0-3) both pocketing maximum points.

The tournament was not concluded until deep into the winter months, by which time the Reds’ form had somehow got worse; with Derry City (0-8) and Distillery (2-5) piling on further misery.

A change of competition did not yield any upturn in fortune, with a 2-1 defeat at the hands of Ballymena United a comparatively positive result in comparison to the suffering that would follow in subsequent weeks…

… before a 2-0 reverse against Derry City at Brandywell Stadium saw the Reds complete their City Cup programme with a 100% losing streak.

Four days before that 8-2 hiding by Glentoran at The Oval, Cliftonville exited the Gold Cup thanks to a 6-3 gubbing at the Coleraine Showgrounds. 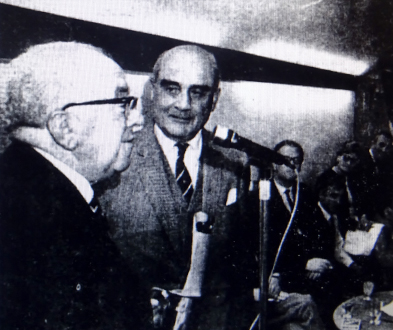 It was on October 25 that Cliftonville’s Irish League season kicked off with a 1-0 loss to Bangor at Solitude.

Indeed, seven additional defeats would follow before the rot was stopped with a 3-1 win at home to Coleraine (the team’s only victory of the entire campaign) and 1-1 draw with Distillery either side of Christmas.

After ending 1969 with a Solitude loss to Ballymena, the Reds began the New Year by losing 3-1 to Bangor before drawing 3-3 with Glenavon on January 10 – however, an 8-3 mauling by Crusaders proved the unfortunate precursor to the team pocketing just two points from their remaining eight League outings.

After the brief respite of a 2-1 win over East Belfast in the first round of the Irish Cup, Cliftonville suffered elimination when Derry claimed a 3-2 win at a Brandywell replay following a 0-0 draw at Solitude.

Cliftonville’s last lingering hope of silverware was snuffed out at the first hurdle when a 1-0 defeat to Linfield spelt the end of the team’s interest in the County Antrim Shield.

The Reds’ miserable form looked to have been extended into the summer thanks to a 3-1 loss against Dungannon Swifts at Stangmore Park, but Kevin McGarry’s squad did sign off on an unexpected high when Castledown were thumped 8-1 on the Isle of Man.

The Reds posted just four wins from their 44 fixtures across all competitions, scoring 43 times and conceding a staggering 123 goals.

John Peacock (bottom right of main image) was voted Player of the Year at a dinner organised by the Premier Cliftonville Supporters Club at the Clifton Hotel.

Leading scorer Brian Burke’s 10 goals marked him out as the only player to achieve double figures (and the fact he did so in just 17 games makes the feat all the more impressive), with Pat Lynch (6) next in line.