Not only does today mark the anniversary of Cliftonville Football Club’s formation, it is also 43 years since our first ever fixture in European competition.

For it was on September 20, 1979 – exactly a century to the day since the Reds were founded – that FC Nantes Atlantique visited Solitude for a Cup Winners’ Cup first round, first leg tie. 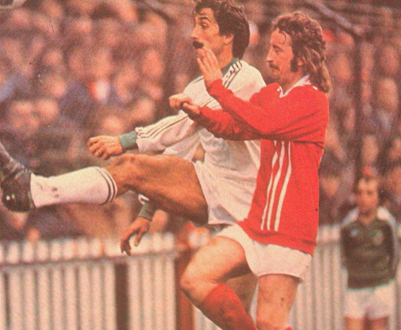 The French giants recorded a 1-0 victory courtesy of a 26th minute strike from international midfielder Gilles Rampillon but Cliftonville, who had an early John Platt effort disallowed for offside, were nevertheless confident about their chances of turning things round when they visited Stade Marcel Saupin for the return leg a fortnight later.