Cliftonville Football Club are delighted to announce the signing of Luke Turner.

The central defender, who excelled during a loan spell from Aberdeen last season, put pen to paper with the Club at Belfast International Airport this morning prior to joining his team-mates on this weekend’s trip to face Welsh Premier League sides Bala Town and The New Saints.

Turner began his career with Manor Town in his native Dublin and spent time on the books of Lourdes Celtic, Shelbourne and Cherry Orchard before joining the Shamrock Rovers Academy.

After moving to Aberdeen in 2018, the Republic of Ireland youth international enjoyed loans with Turriff United and Wexford ahead of playing an integral role in a memorable 2021/22 campaign with Cliftonville, during which he made 45 appearances. 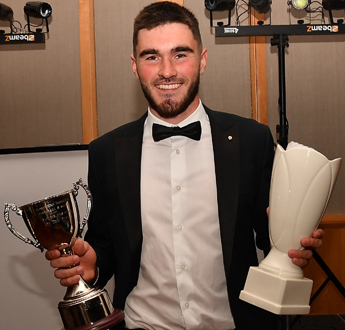 Commenting on the deal, Manager Paddy McLaughlin said: “This is one we’ve worked on for some time and anyone who saw Luke’s performances for us last season will understand why we were so keen to bring him back.

“It’s great news for the Club, a real boost for our squad and I know our supporters will be delighted to hear the news because Luke has been very popular with them from the moment he first stepped through the door last year.”

Reds Chairman Paul McKeown added: “Luke was fantastic for us throughout last season and we were always hopeful we could bring him back to Solitude. All the personal awards he picked up say everything about how well he did during that loan spell, but we’re delighted to be in a position to say that Luke Turner is now a fully signed up Cliftonville player.”