Chris Gallagher says he can’t wait to show Cliftonville supporters what he’s capable of after putting pen to paper on a contract at Solitude.

The 22-year-old midfielder joined the Reds from Glentoran last night and immediately took part in his first training session as Paddy McLaughlin and his players continue their preparations for the new Danske Bank Premiership season.

Just over a fortnight remains until Cliftonville host Carrick Rangers in an eagerly-anticipated opener and Gallagher is counting down the minutes as he settles into life in new surroundings.

“I’m delighted to get the deal over the line,” says the former Shrewsbury Town man, who previously played alongside Paul O’Neill and Jamie McDonagh at the Glens.

“I know a few of the boys from playing in the League and there are a few former team-mates as well but it’s always nice to get in as quick as you can, get settled and hit the ground running – and that’s what I aim to do.” 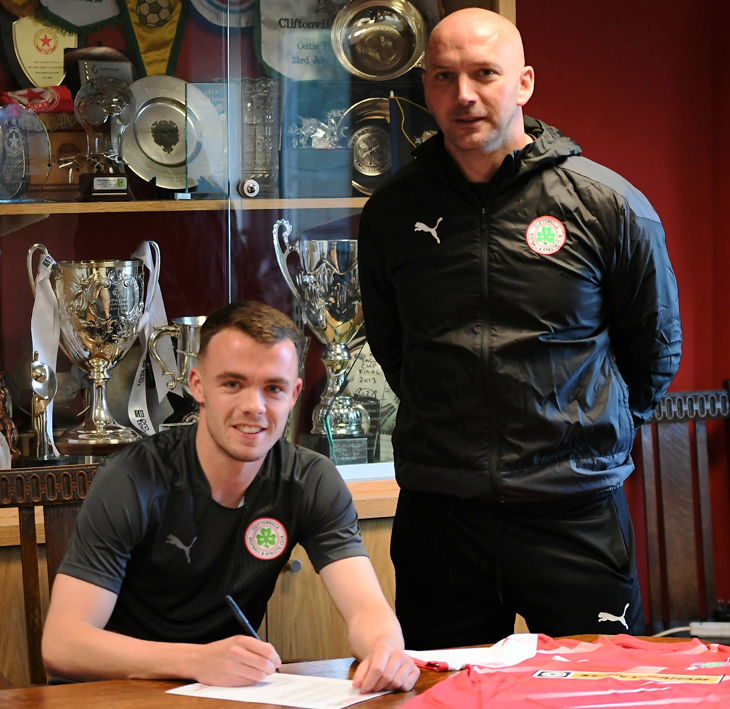 A wry smile creeps across Cricky’s face as he recalls the only goal of his career – a smart low drive that helped Glentoran to a 2-0 victory over the Reds at Solitude in November 2019 – but his next opportunity to showcase his talents, goalscoring or otherwise, is likely to come in Tuesday’s home friendly with Dungannon Swifts.

“I’m looking forward to it,” he says.

“I’m ready to work hard to get into the team and try to impress.

“I want to get into the team, try and cement my spot, play as many games as I can and help the team get back to where we need to go.

“To me, that’s challenging up towards the top end of the table and qualifying for Europe.”

Due to an audio file glitch, we are unfortunately unable to bring you video footage of the above interview.