Cliftonville Football Club are very pleased to announce the signing of Eoin Teggart on loan from Portsmouth.

The 18-year-old attacker joined the English League One Club in 2018 following a productive spell with the Cliftonville Academy and has returned to Solitude until the end of the 2020/21 season.

Having featured for the Reds’ Under-18 side at the age of 16, Eoin has turned out for the Portsmouth first-team and Under-23s during his two-and-a-half years at Fratton Park and has also represented Northern Ireland at Under-19 and Under-17 level. 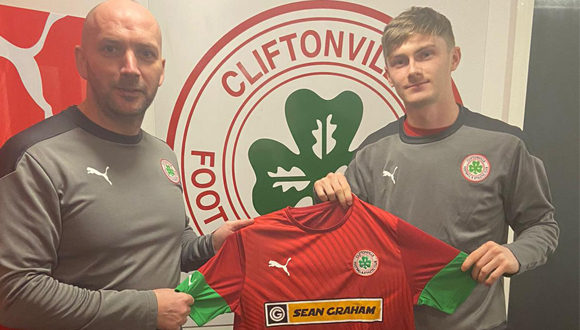 Eoin, who trained with his new team-mates this evening, will wear the number 36 shirt – the same as his Pompey squad number – during his loan spell at Solitude.