Hosted at Knags Function Room in Glengormley last night, the occasion saw stars of both the senior set-up, who lifted the County Antrim Cup back in July, and Corinthians (Under 19s) acknowledged and rewarded for their efforts throughout the 2018 campaign. 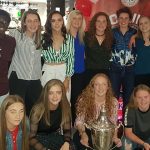 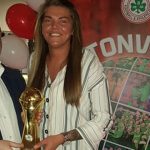 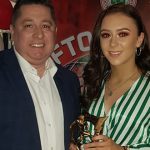 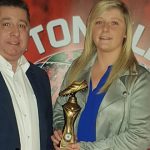 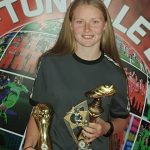 Alongside Simpson’s trio of honours – which included recognition for the stunning strike against Sion Swifts that made global headlines in August (below) – Cliftonville Chairman Gerard Lawlor also presented the Top Goalscorer gong to Amber Dempster, while Carla Devine claimed the Young Player of the Year Award in addition to Chloe Orr being nominated as the Reds’ Best Newcomer.

Devine also pocketed two further titles when, as well as being the Corinthians’ Top Goalscorer, she was named the Under 19s Player of the Year, while Toni-Leigh Finnegan came out on top of her team-mates’ vote.

Congratulations are extended not only to the event’s various award winners, but indeed everyone who continues to drive Cliftonville Ladies from strength to strength and who are doubtless already counting down the minutes until the Danske Bank Women’s Premiership returns next year.