It was back on September 24, 2007 that a late Stephen O’Neill strike earned Cliftonville a dramatic 2-2 draw with Linfield in the sides’ opening Premiership fixture of the season.

In front of a crowd numbering just shy of 3000, the Reds – who had beaten the Blues 2-0 on County Antrim Shield duty just six days earlier – made a bright start to proceedings with Scannell brothers Ronan and Chris each going close to the breakthrough goal.

Just past the half-hour, Mark Holland sent an opportunity wide but the best opening of the first-half came just minutes before the interval when Francis Murphy found himself one-on-one with goalkeeper Alan Mannus, who was grateful to grasp the home winger’s underweighted chip. 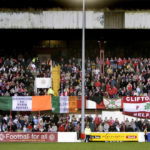 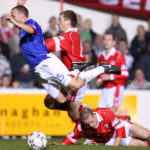 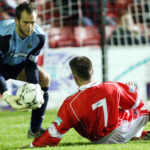 Linfield were much improved after the break and, having barely threatened during the first 45 minutes, pulled ahead just before the hour when Paul McAreavey’s clever free-kick was met by a firm Glenn Ferguson finish.

Within two minutes, however, Cliftonville were level when central defender David McAlinden sparked memorable celebrations when he was quickest to react after Barry Johnston’s dead-ball delivery had come back off the base of the post.

With neither team content to settle for a draw, the end-to-end action made for a stirring spectacle and it was the visitors who would grab a late advantage when Thomas Stewart did well to squeeze the ball past goalkeeper John Connolly from a tight angle. 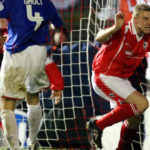 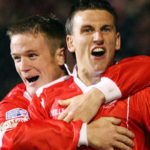 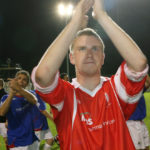 With time running out, that strike had looked sufficient to earn the Blues all three points but Cliftonville – who, with Manager Eddie Patterson suspended, were under the guidance of assistant boss Tommy Breslin – introduced young striker O’Neill from the bench after 81 minutes and his impact was instant as he got on the end of another Johnston free-kick to convert with his very first touch.

A pulsating encounter almost delivered one final twist as an injury-time scramble ended with Barry Holland jabbing the ball goalward, only for McAreavey to hack off the line and preserve a share of the spoils for Linfield at the end of a gripping night.