Twenty years to the day since Cliftonville and Bohemians last contested the Pioneer Cup, cliftonvillefc.net re-visits a popular feature from a few months ago examining more than a century of clashes between the Clubs.

The Reds won both the first and last of 44 fixtures that traversed Irish League, Irish Cup, City Cup, Inter-City Cup, Victory Cup, Pioneer Cup and friendly commitments between 1900 and 1999.

After lifting the Irish Cup with a 2-1 victory over Bohemians in 1900, Cliftonville’s relationship with The Gypsies would continue across 19 years of League action and also included a further Irish Cup success when goals from Thompson and McComb earned another 2-1 win when the 1909 Final went to a replay following a goalless draw at Celtic Park. 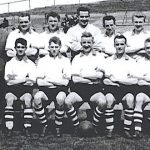 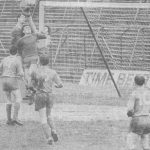 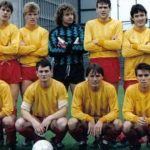 The Bohs retained the trophy in 1991 but eight further years would pass until the next – and, to date, final – Pioneer Cup game saw Reds captain Mickey Donnelly score the only goal of an otherwise forgettable battle in Belfast 20 years ago today.