Martin Douglas’ side – whose defence of the County Antrim Cup commences when they host Linfield on April 15 – will then face Derry City at Solitude before their first away game of the season takes them to Sion Swifts on May 8.

A trip to Linfield follows seven days later ahead of the term’s first North Belfast Derby against Crusaders Strikers at Seaview on May 22.

A home date with Glentoran Women on the 29th completes the first round of Premiership fixtures, with the Reds – who sit things out on matchday one to accommodate the uneven number of teams in the division – handed another fortnight’s break until resuming their schedule away to Comber Rec on June 19. 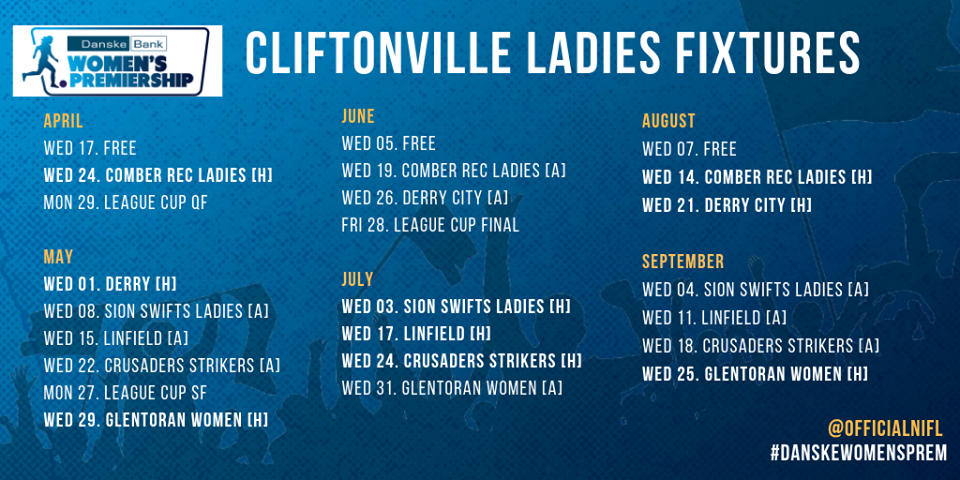