Inducted to the John McCredy McAlery Hall of Fame in May 2019, Jackie Hutton scored one goal in 37 appearances for Cliftonville prior to his iconic stint as Manager. 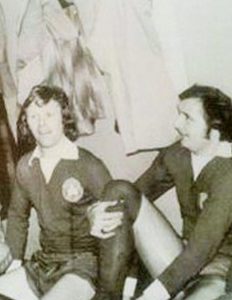 Leader of our famous Irish Cup winning side of 1979, the Bellshill-born boss was also the first person to guide a Reds team into Europe, qualifying for the historic Cup Winners’ Cup clashes with FC Nantes Atlantique just four months after that never-to-be-forgotten Cup defeat of Portadown at Windsor Park.

Formerly a player with Wishaw Juniors, Hamilton Academical and St Mirren in his native Scotland, Hutton also featured for Scunthorpe United and Glentoran ahead of succeeding Brian Halliday as Cliftonville Manager, a post he held for three years before spells at the helm of Crusaders and the Ports. 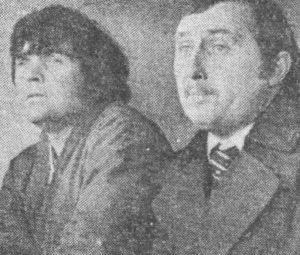 He first took charge of the Reds for a League game with Ballymena United on April 17, 1976 and oversaw a total of 140 fixtures before departing in the aftermath of an Ulster Cup encounter with Portadown on September 8, 1979 – just 12 days prior to that continental clash with Nantes.

Though much is made of the Club’s ongoing 41-year wait for Irish Cup glory, it’s worth noting that the triumph Hutton’s men enjoyed in 1979 bridged a 70-year gap between successes in the competition, while the County Antrim Shield victory which followed just weeks later ended another 53-year interval. 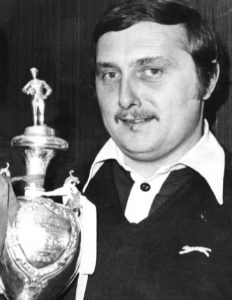 His significant contribution to one of the most celebrated eras in the history of Cliftonville FC can never be under-stated and Jackie remains a highly popular and much beloved figure in the story of Ireland’s Oldest Football Club.