The supporters club named in Addis’ honour, meanwhile, presented the Young Player of the Year award to Luke Turner, while Jamie McDonagh’s sensational volley against Ballymena United in January was named the Club’s Goal of the Season in addition to joint-top scorers Ryan Curran and Joe Gormley sharing the Golden Boot after registering 24 strikes apiece. 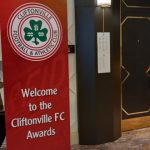 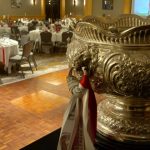 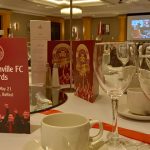 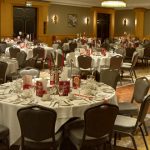 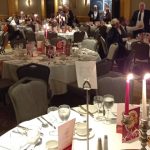 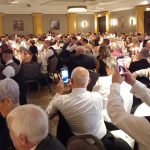 Wonderfully compered by Tim McGarry, the black-tie event brought hundreds together in celebration of a memorable season that saw the Reds lift silverware thanks to that never-to-be-forgotten League Cup Final comeback against Coleraine before securing automatic European qualification with a second-placed finish in the Danske Bank Premiership.

It wasn’t just the 2021/22 campaign that was subject of attention, though, and the presentations commenced with former skipper George McMullan’s induction to the Cliftonville FC Hall of Fame.

Solitude’s long-time matchday announcer Michael Hanna picked up the Freddie Jardine Special Merit Award after bringing the curtain down on more than 20 years behind the microphone, with kitman Brian Campbell – who has just completed 15 seasons in the role – likewise bestowed with the honour reserved for individuals who have voluntarily provided outstanding contribution and service to the Club. 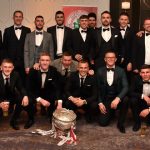 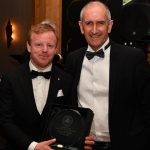 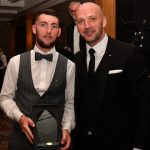 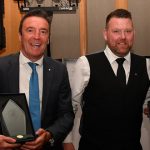 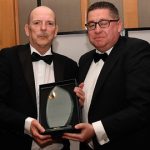 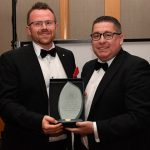 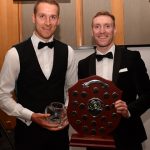 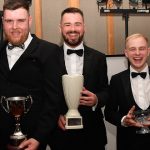 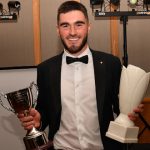 Cliftonville FC places on record our sincere thanks to awards organiser Michael Hegney for his dedicated behind-the-scenes work in the build-up and on the evening itself, as well as to Tim McGarry who excelled as compere – not to mention photographer Damien Toolan, without whom we would be unable to provide supporters around the world with imagery from the occasion.

The staff at the Hilton Hotel are likewise extended gratitude for both their sterling efforts in the last couple of months and for their service and assistance last night – your professionalism ensured we were able to sign off from a fine season in the very style we wanted.