The fonaCAB Development League continues to go from strength to strength as boys and girls of all ages descend upon Solitude on a weekly basis.

Every Saturday morning, the home of Cliftonville Football Club plays host to a string of teams contesting three 12-minute periods of game-time in a fun and simplified environment. 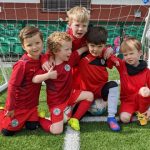 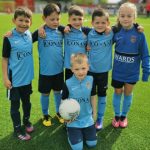 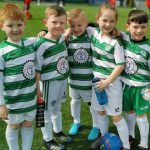 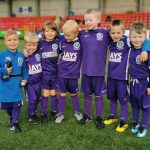 In recent years, thousands of players representing hundreds of sides from near and far have played their part in our expansive initiative, which has welcomed line-ups from Glentoran, Bloomfield, St Malachy’s, Shankill Juniors, Linfield, Belfast Celtic, Willowbank, Sandy Row, Larne, Bangor, Greenisland, Albert Foundry and, of course, Cliftonville among many others.

Our continued thanks go to all of the coaches and dedicated staff who are committed to overseeing the event each week, as well as to the parents and guardians of the many children who love honing their talents on the Solitude pitch.

It goes without saying that we are likewise grateful to fonaCAB for their continued support of the scheme and, indeed, to the youngsters who have helped make the Development League the resounding success it has become.