Amid no shortage of big matches from a Cliftonville perspective, supporters are alerted to a special fundraiser being held at Solitude next weekend in memory of former player Jerry Thompson.

Less than 24 hours after the Reds host Linfield in a crucial Danske Bank Premiership clash, Over-35s teams from both Clubs will be rolling back the years in what promises to be a keenly-contested encounter. 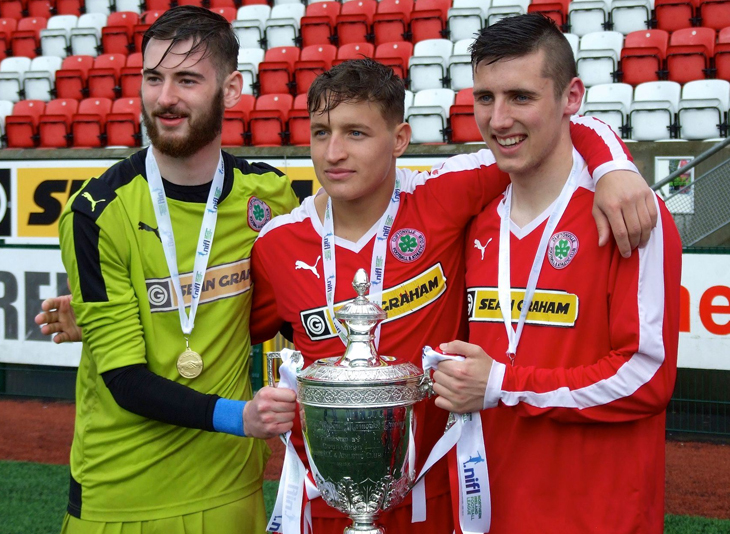 Among the Blues’ representation will be Alan Blayney, Michael Gault, Chris Morgan, Winkie Murphy, Ivan Sproule, Matthew Tipton and Ryan McCann alongside a host of others from seasons gone by.

Kick-off is at 2pm and, while admission to the game is free, all donations will be gratefully received and passed on to Jerry’s young son, Thiago. 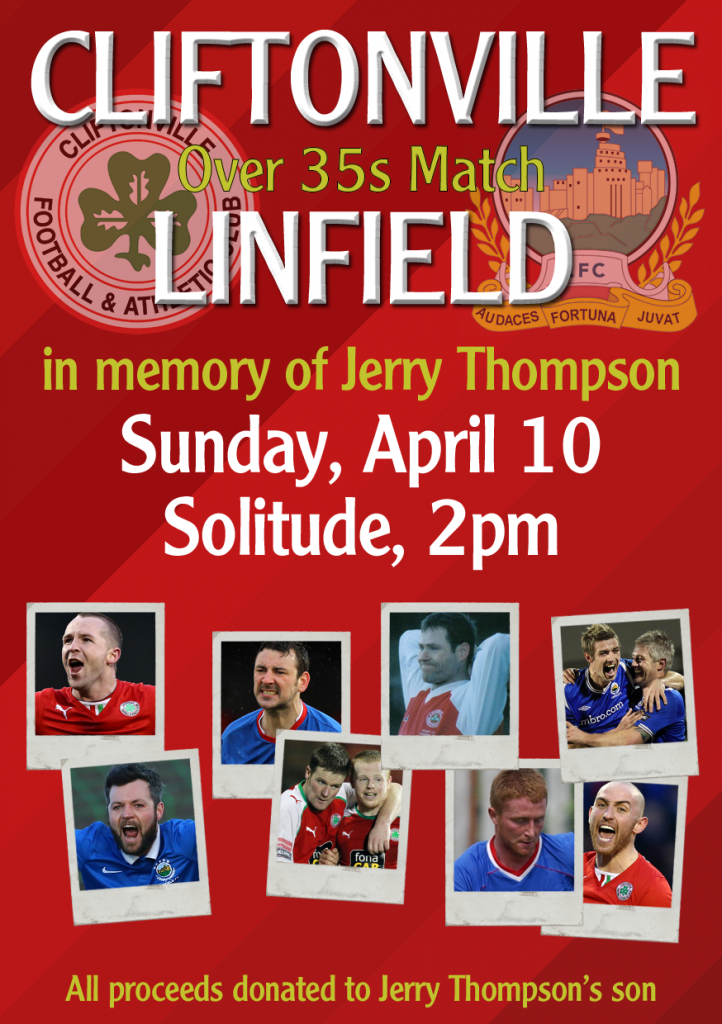