On the first day of work to replace the pitch at Solitude, cliftonvillefc.net today commences a three-part series reflecting on the 11 years of service provided by the outgoing synthetic turf.

Host to 338 senior men’s fixtures, the 3G surface has allowed the home of Ireland’s Oldest Football Club to become a community hub for players of all ages and backgrounds over the course of the last decade.

As well as staging games for Cliftonville Ladies, Cliftonville Olympic and Cliftonville Corinthians in addition to our boys and girls Academy sides, Solitude has also been the location for the hugely popular fonaCAB Development League, where young players have been invited to hone their talents at one of Ireland’s leading youth football initiatives on a weekly basis. 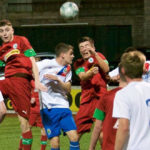 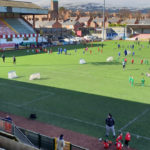 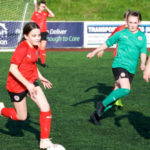 The Cliftonville Skill School has, meanwhile, seen numerous kids take their first tentative steps into the game, complemented by the organisation of various Summer, Halloween and Easter Soccer Camps by our Head of Youth Development, Marc Smyth. 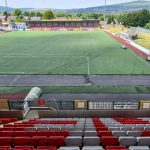 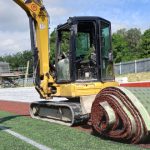 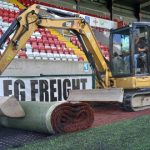 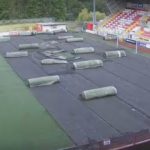 Crumlin Star and Newington have utilised the venue as their nominated home grounds over the years and, with an assortment of north Belfast teams and schools visiting us for training sessions and local Cup Finals, there is no question that the synthetic pitch – which is being replaced by a Domo VarioSlide S Pro 50/15 surface – has allowed Cliftonville Football Club to play a significant role in the heart of our community’s footballing traditions.