Aaron McCarey says he’s looking forward to getting to know his new Cliftonville team-mates but admits he might steer clear of Cavan men Chris Curran and Ryan O’Reilly for a while yet.

The 28-year-old goalkeeper, who played as a forward in the Monaghan minor set-up in his younger days, is still smarting from his home county’s defeat to the eventual Ulster Senior Football Champions in this year’s preliminary round but will do his utmost not to bear any grudges against the Reds’ Breifne representatives.

“Yeah, we’ll probably not talk too much GAA for the time being,” says former Scotstown man McCarey, who last week put pen to paper at Solitude following a two-year spell with Dundalk.

“I played a lot of GAA in my younger days but obviously, with the way my career has progressed, that’s been put behind me. It was a long time ago.”

Having switched codes to sign for Wolverhampton Wanderers after coming through the ranks at Monaghan United, McCarey – who played at Under-17, Under-18, Under-19 and Under-21 level for the Republic of Ireland and was selected in senior squads by both Giovanni Trapattoni and Martin O’Neill – enjoyed loan spells with Telford, Walsall, York City, Portsmouth and Bury and had a brief stint at Warrenpoint Town prior to joining Dundalk, for whom he featured in this season’s Europa League group stages.

Ahead of his return to the Danske Bank Premiership, McCarey explains that he did what research he could on the Reds and believes recent results have not reflected the quality of Paddy McLaughlin’s squad.

“What I know about the Irish League is that it’s very tight and everyone takes points off everyone else,” he adds.

“I’ve watched the last couple of Cliftonville matches and there hasn’t been much in them. They’ve been tight games with fine margins and maybe it’s just a confidence thing – sometimes when you keep conceding that first goal, it can be hard to pick yourself up out of it. To me, it looks like a team that just needs a break to turn things around because, from what I’ve seen, there’s not been a lot between the teams.

“It’s a challenge that I’m really looking forward to and I’m keen to get started. When Paddy first made contact with me, it was a move I was interested in. Obviously, Dundalk’s season ran on a bit longer with the European games but Paddy kept in touch and I was really pleased the opportunity was still there. 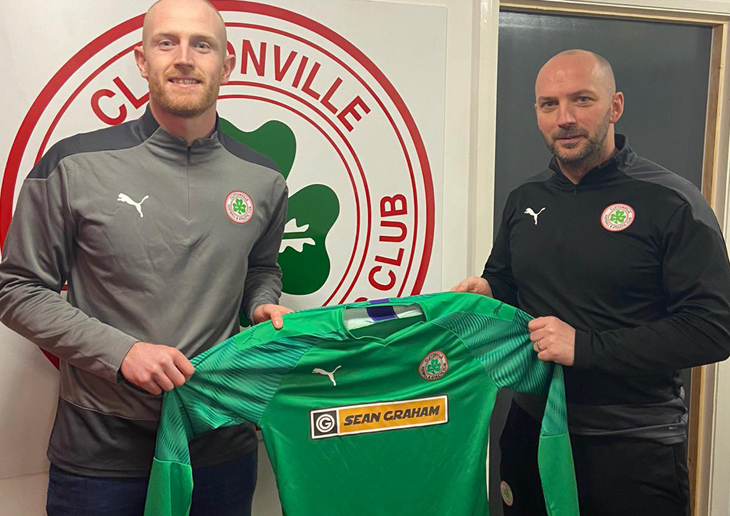 “There’s still a long way to go this season and I’m hopeful we can go into these next few months strongly. There’s a good squad here and I’m looking forward to being a part of it.”

Once those early encounters with Curran and O’Reilly have been negotiated, of course.