The North Belfast Advice Partnership have this month distributed more than 3,500 Christmas Hampers to the local community following a host of festive donations – and Cliftonville Football Club are proud of the Red Army’s contribution to the sum.

Though reduced attendances and behind-closed-doors fixtures meant our fans were not able to participate in our Foodbank Collections in the same numbers as previous years, their support of the project was typically enthusiastic and NBAP have expressed their sincere thanks.

In addition, our involvement in the ‘Sponsor A Child At Christmas’ campaign was similarly effective and, thanks to Cliftonville supporters alone, scores of disadvantaged youngsters across north Belfast are guaranteed to receive gifts tomorrow morning. 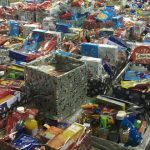 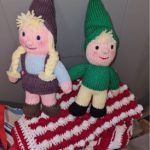 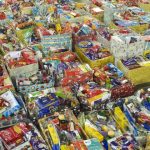 Though grateful to everyone who donated money to this particular cause, Cliftonville FC are particularly thankful to those who made significant financial contributions. Ranging from long-serving fans to cross-channel visitors who enjoyed the Red Army’s hospitality on stag parties over the last 12 months, the Club have contacted these individuals directly to make clear our appreciation.