Cliftonville Football Club are very pleased to confirm the return of Mark McKee.

The 21-year-old midfielder, who was part of the Cliftonville Academy from 2012-2015, scored one goal in four appearances for the Reds last season following a four-year stint at English League Two side Stevenage, for whom he made 33 appearances following his professional debut in April 2017.

Having experienced mixed fortunes both on and off the field during his previous spell with the Club, Mark’s impressive attitude and application during recent training sessions and pre-season matches have persuaded Manager Paddy McLaughlin to welcome him back to the fold. 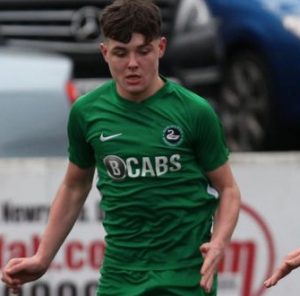 The Club are likewise very pleased to announce the signing of Ethan Devine.

The 19-year-old attacker arrives from Newington and we look forward to his continued development here at Solitude.