Cliftonville fanatics Jude Rooney, Oliver McCullough and Jack Moran are today on hand to unveil the new NI Football League matchball for the 2020/21 season – as chosen by the fans.

Last year, NIFL asked Irish League supporters to pick from a selection of designs for the new campaign and, with over 52% of the votes across three options, the stylish electric blue panelled matchball was a popular choice.

“Having the supporters pick the new season football was important to us to show our appreciation for the role they play in creating the unique identity of our league,” explains NIFL Managing Director Andrew Johnston.

“We have a proud partnership with uhlsport and we are sure the supporters will be pleased with another great ball that will be instantly recognisable when we return to action.” 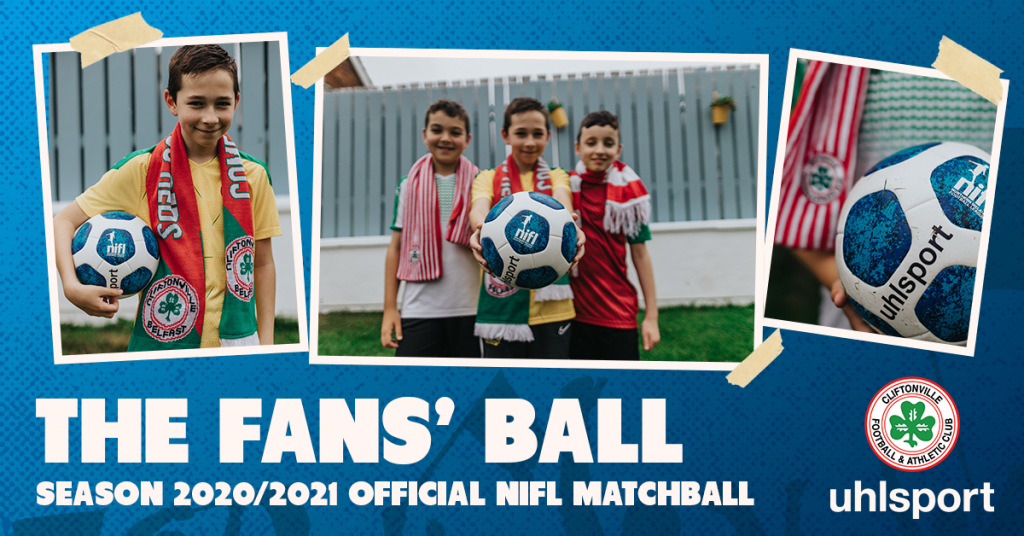 Brian Hutchinson of uhlsport adds: “We are delighted to continue to supply the NI Football League with the official matchball for the new season and it’s important to us that the supporters have been recognised during this difficult year for everyone.”