Cliftonville FC are very pleased to announce that Odhrán Casey has signed his first professional contract with the Club.

A product of the Reds’ Academy, the 18-year-old, who can operate in both defence and midfield, has been part of the set-up at Solitude since he was 12 and was handed his senior debut – the first of two competitive outings for the first team – by Caretaker Manager Michael Press in a Danske Bank Premiership fixture with Glenavon in January 2019. 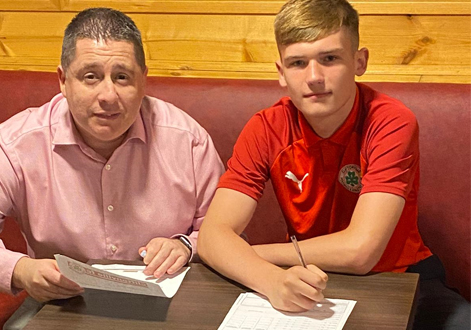 A Northern Ireland Schoolboy international, Casey was joined by his proud dad Eddie as he put pen to paper alongside Chairman Gerard Lawlor.