We are 48 hours from kick-off in Cliftonville’s first fixture in four-and-a-half months and, though there is a palpable sense of excitement in the countdown to Monday night’s Sadler’s Peaky Blinder Irish Cup Semi Final with Glentoran, it goes without saying that the occasion will simply not be the same without our magnificent supporters.

Your backing means so much to the players and boss Paddy McLaughlin has spoken on numerous occasions about the difference the Red Army can make in roaring the team over the line when matches are hanging on a knife-edge. 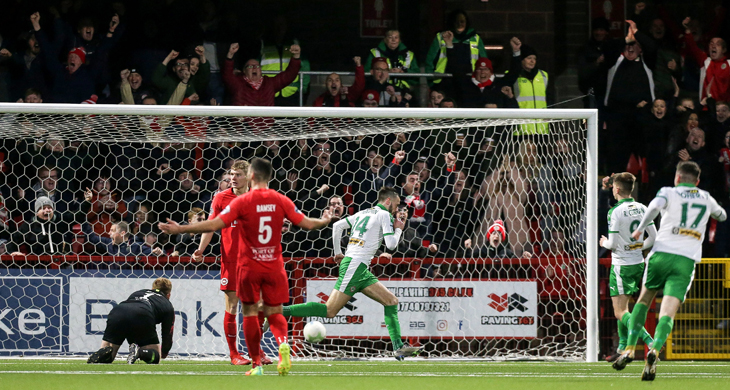 Time and again this term, our fans have proven themselves to be the best around and, while they on one hand feel like a lifetime ago, the atmosphere generated in victories at Solitude, Seaview and Inver Park are as fresh in the memory as the wonderful Irish Cup Quarter Final success at Dungannon Swifts and, of course, the never-to-be-forgotten County Antrim Shield Final triumph against Ballymena United at Windsor Park. 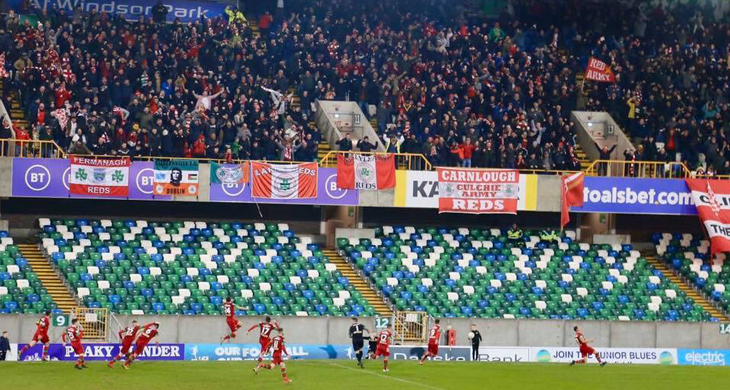 Our first visit to Windsor since that sensational turnaround will present a peculiar juxtaposition, with the raucous reception generated in a jam-packed North Stand making way for empty seats and the surreal silence of a behind-closed-doors clash.

We are fully aware, however, that not being there in person won’t prevent the Red Army being there in spirit and the players will emerge from the tunnel fully conscious that in households, bars and garden parties across the world, our supporters will be fully behind them from start to finish.

If you’re unable to tune in to the live coverage provided online or via BBC2NI, the iPlayer and BBC Radio Ulster, you can keep track of every kick on Twitter courtesy of Reds By The Minute, who will be welcoming your messages of support and pictures throughout the day.

Wherever you’re following the action from, please remember to stay safe, wear your colours with pride, keep your singing voices loud and let’s unite our respective locations in support of Paddy and the players.