Cliftonville’s home strip will be among the goods up for grabs when The Reds Shop unlocks its doors this evening.

Open between 7-8pm tonight, the Shop will also have its traditional wide range of merchandise on sale as well as tickets for Saturday’s Danske Bank Premiership fixture with Linfield. 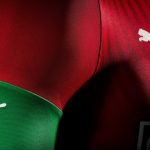 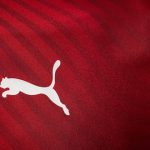 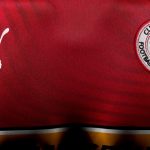 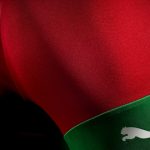 The kit’s gentle fusion of old and new combines the ascendant dark red tones of the Club’s formative days with the modern brighter shade in recognition of this month’s 140th anniversary, while our status as Ireland’s Oldest Football Club is saluted with emerald green configuration on the shirt sleeves and socks.

Supporters can, in addition, lay claim to the recently-introduced inaugural elements of the Club’s 2019/20 Leisurewear Range.

The attire – which includes Stadium Jackets, Polo Shirts and Training Tops – has proven hugely popular with fans since hitting the shelves this summer and will ensure the Red Army are at their most sartorially elegant when they descend upon various stadia across the Premiership landscape over the next nine months.

Cliftonville Football Club reminds supporters that Official Cliftonville merchandise is only available from The Reds Shop at Solitude or www.theredsshop.net.

We are aware of a number of unrelated and unaffiliated retailers selling Cliftonville-branded items and would encourage our fans to only purchase merchandise from Official outlets to ensure that all profits are returned to your Club.