It was with deep sadness that Cliftonville Football Club learned of the death of former player Jim Rea, who recently passed away in Spain.

Jim made the first of 184 appearances for the Reds during the 1956/57 season and, after becoming firmly established in the team by 1962, played through to feature in one game in the 1970/71 campaign. 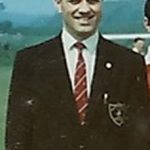 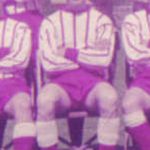 Though the majority of his Solitude career was spent under the management of Norman Kernaghan and Jackie Cummings, Jim – who scored six goals for the Club – also acted as Caretaker Manager in October and November of 1974, overseeing half-a-dozen games in between the tenures of Kevin McGarry and Brian Halliday.

Cliftonville FC, who will be formally represented at Jim’s memorial service at Finaghy Methodist Church tomorrow, extends sincere sympathies to the Rea family circle at this very difficult time. May he rest in peace