Cliftonville Under 8s were delighted to last week enjoy a special coaching experience at the home of Scottish Premiership side Kilmarnock.

After a ball mastery session at their Prestwick hotel, day one of the trip continued with the short journey to Rugby Park, where the Wee Reds took on the Kilmarnock Academy in a series of entertaining matches.

The following day, the group returned to the East Ayrshire venue for a training session under the guidance of Killie’s coaching team as well as an education presentation and workshop before enjoying a tour of the stadium. 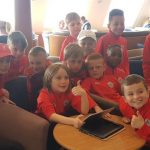 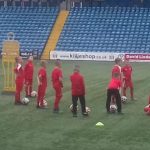 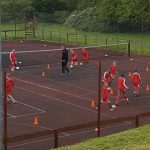 Cliftonville Football Development Centre place on record their thanks to the young Reds players, who represented the Club with distinction, and their equally well-behaved parents in addition to extending particular gratitude to Kilmarnock’s Head of Academy Ross Black for his assistance and hospitality.