Cliftonville Football Club would like to take this opportunity to ease concern over alleged suspicious activity at Solitude this evening.

Following scurrilous social media speculation – fuelled by supporters snapping up some last-minute Christmas gifts from The Reds Shop, patrons of our Social Club and residents of Cliftonville Street – the Club are keen to allay fears surrounding the unprecedented security arrangements which temporarily affected access to the stadium.

“Though unable to give full disclosure on the issue, I can confirm that The Reds Shop was briefly opened to accommodate a special visitor, who has since departed to discharge additional global commitments,” explained Club Director Bronagh McMullan. 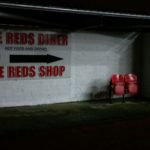 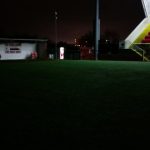 “Under the terms of our client’s confidentiality agreement, it would not be appropriate to enter into any specific dialogue surrounding neither the nature nor quantity of the merchandise handed over. The individual concerned has entered into an annual contract with Cliftonville Football Club and all of the transactions, which were conducted away from the public eye as per the consumer’s request, must remain strictly private.”

While no further members of the Management Committee were available for comment, the Club can confirm that precautionary steps were taken to ensure that our client’s unorthodox mode of transport would not deface the Solitude pitch and all that animals present were supplied with temporary hoof-wear conducive to a 3G surface.