Cliftonville Football Club extends gratitude to everyone who supported our Christmas Carol Service at Solitude yesterday.

Our thanks go not only to those who attended, but also everyone who organised and participated in the event, with additional appreciation for Brian, who also provided some memorable half-time entertainment for supporters earlier in the day. 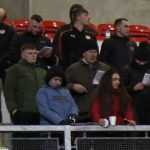 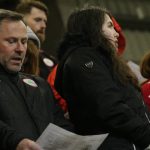 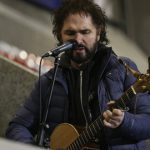 Writing in yesterday’s Matchday Magazine, Rev Leal said: “As we celebrate Christmas at Cliftonville, I cannot hep but be grateful for the blessing of being with an amazing group of people that makes Cliftonville FC not just a Club but a family – a strong, committed family that is capable of enduring bad times and overcoming them and a family willing to celebrate the efforts, achievements and victories.

“This year, we have had some long-term serious injuries to some of our players and I want to acknowledge their commitment to the Club as they have supported the rest of the squad from the sidelines. We pray for their recovery and are looking forward to seeing them back playing again.

“As we celebrate Christmas, it is always good to be thankful and we are thankful to the new coaching staff and to all who make Cliftonville a big family. The root of the word ‘Thankful’ is the same as the word ‘Grace’. In fact, in most Latin languages, to say ‘Gracias’ (Spanish), ‘Grâce’ (French) and ‘Grazie’ (Italian) means to be ‘thankful, that is to be with grace’.

“It is my prayer that we may have much grace as we journey together in our support and love for the Club and that we may be thankful for all the good things that we have received from the families and friends of our Club.

“To the Chairman, to the Board Members, players, coaching staff, support staff and all of you who every Saturday are volunteering to make this family great and to you the Red Army, I want to prayerfully wish you a Happy Christmas and a Happy New Year. May we find the Grace of God this Christmas and let us be thankful for this New Year.”