The snow might have put paid to today’s Danske Bank Premiership encounter with Glenavon – but there was no switching off as far as Cliftonville’s players were concerned.

Club Partner GymCo provided the facilities for the Reds’ Head of Sports Science Ricky McCann to put the squad through their paces as preparations were stepped up for Tuesday’s League Cup Semi Final with Ballymena United at The Showgrounds. 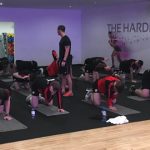 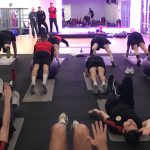 While some supporters may have been coerced into a spot of Christmas shopping on a rare blank Saturday, boss Barry Gray put it best when he explained: “Cliftonville don’t do days off” – a sentiment his players will doubtless share as the busy festive schedule looms on the horizon.