Cliftonville Football Club is deeply saddened by the loss of Dessie Kirkwood.

A real stalwart of Irish League football, Dessie – who passed away last night – fulfilled numerous committee roles at the Club during an association spanning seven decades and, following a dedicated spell as Secretary, served the Olympic’s administrative offices with distinction for many years.

Where Cliftonville FC was concerned, a more passionate and knowledgeable gentleman you could not wish to meet and, despite his ill health, Dessie continued to join his many friends in the McAlery Stand until very recently. 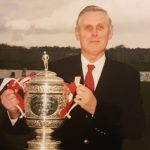 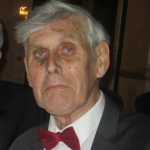 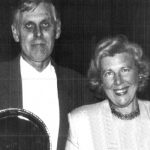 With wife Betty, also a much respected volunteer at Solitude 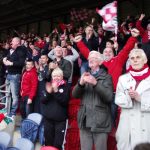 First brought to Solitude aged just 10 by his father when the Kirkwood family lived on nearby Hillman Street, Dessie followed Cliftonville for a total of 77 years and, in addition to enjoying the many successes of recent seasons, also celebrated and cherished the Club’s various achievements under Amateur status.

Speaking to our Matchday Magazine last season, he explained that his favourite games were the 1979 Irish Cup Final defeat of Portadown and the 1-1 draw with Glentoran in April 1998 that saw his beloved Reds crowned Champions for the first time in his life – and also reserved special words of praise for Cliftonville Ladies’ Irish Cup triumph of 2015.

When quizzed on which fixture he most regretted not attending, he quipped: “I missed a match against Linfield as I had to attend an important Church meeting but I believe the good Lord was wearing red that day as we won!”

Reflecting on the highlights of his many years of service at Solitude, meanwhile, Dessie said: “Just keeping the Club going during the toughest times when it appeared Cliftonville had more enemies than friends. I feel very proud to be associated with a never-say-die Club with so much history and supported by a lot of very hard working people.”

Rest in peace, Dessie. Solitude will forever be a poorer place without you.