Aaron Donnelly was one of three Cliftonville players to find the net in County Antrim’s 3-1 victory over Newcastle United in this evening’s SuperCupNI clash at the Ballymena Showgrounds.

Congratulations are also due to goalkeeper Declan Dunne, who produced a fine display for an Antrim team that also boasted the talents of Cliftonville starlets Paul McAdorey and Matthew Shannon, while Lee O’Brien came off the bench to play his part. 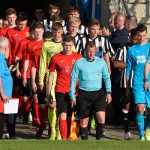 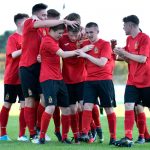 Patrick Burns takes the acclaim after opening the scoring 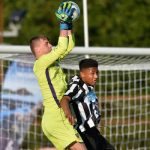 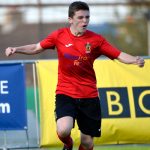