Football Operations Manager at the IFA, Craig passed away suddenly yesterday morning and will be much missed by everyone in the football community.

As with all Clubs, Craig worked alongside Cliftonville on a range of issues pertaining to domestic and European competitions as well as player registration and could always be relied upon for his knowledgeable, professional and studious assistance. 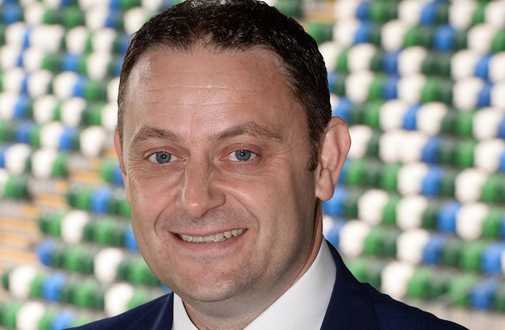 “We were all shocked to hear the news of Craig’s loss, which is being felt very deeply across the game,” said Chairman Gerard Lawlor.

“He made a valued contribution to the Irish Football Association and performed the various aspects of his role admirably. He will be much missed by not just everyone in football, but also of course his family and friends.

“I speak for everyone at Cliftonville Football Club in extending sympathy to Craig’s wife Karalyn, their children Kyle, Holly and Matthew, as well as the wider family circle and friends.”