Michael McCrudden insists Cliftonville will give Rathfriland Rangers every respect in tomorrow’s encounter between the sides.

The Reds welcome the Northern Amateur Premier Division outfit to Solitude for a Sadler’s Peaky Blinder Irish Cup Sixth Round tie from which the hosts are favourites to make progress but, with no shortage of giantkilling acts having already been performed in this season’s competition – including the Whites’ own comeback against Loughgall in the previous stage – McCrudden has emphasised the importance of being fully focused on the task ahead.

“You can’t take any game for granted because you could end up getting egg on your face,” he warns.

“I’m only in the door but I know the boys will approach the Rathfriland game like we would approach a game against Linfield, Crusaders or any other big game.

“It’s a massive game and we need to be in the draw for the next round.” 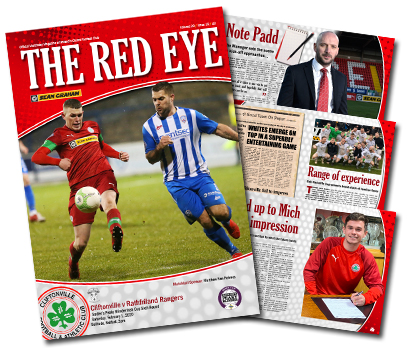 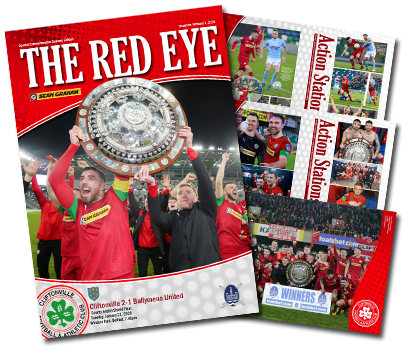 You can read the full McCrudden interview in tomorrow’s edition of our Matchday Magazine, which will be on sale at Solitude for £3 and includes a free souvenir pull-out to commemorate last week’s County Antrim Shield success.

Featuring pre-match views from the Manager’s Office, The Red Eye’s 19th issue of the campaign examines the experience on show in Rathfriland’s squad and steps 124, 34 and 12 years back down memory lane – plus plenty more besides.

Members Tickets, Season Tickets and Family Tickets are not valid for this fixture.