Cliftonville Football Club were delighted to welcome Ardoyne Under 10s as our special guests at Saturday’s victory over Dungannon Swifts.

After taking in the first-half of the Reds’ Danske Bank Premiership clash from their seats in the McAlery Stand, the young boys – and girl! – took to the pitch, where they entertained the fans in a fantastic half-time match which, thanks to an unfortunately-timed hailstorm, was played in horrendous conditions. 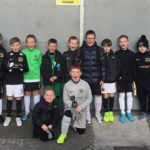 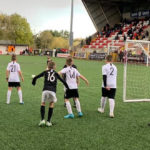 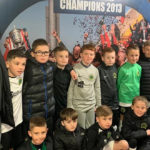 Everyone at the Club extends thanks to all players, parents and coaches involved in arranging Saturday’s encounter and we look forward to welcoming Ardoyne’s young stars back to Solitude again in the near future.