Indeed, they were just two of four Reds players on show in the Seaview decider, where Donal Rocks and Ronan Hamill were part of the defeated De La Salle side.

Rocks almost set Aodhan Mulligan up to instantly put the Edenmore Drive outfit in front, with St Malachy’s heaving a sigh of relief when he was unable to convert. 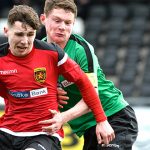 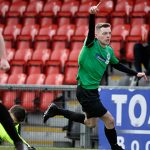 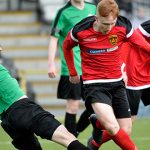 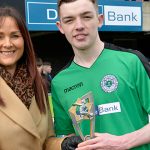 Paul Scullion receives his Man of the Match award 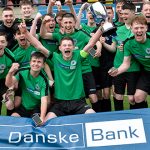 St Malachy's lap up their success

After the break, Slane created opportunities that none of Scullion, Aidan McGeown and captain Paddy Burns were able to convert, while Rocks’ assist saw Sean McCullough go close to winning it for De La Salle.

And so to extra-time, where Slane restored St Malachy’s advantage by rounding goalkeeper Conor Murphy and then provided the cross from which Scullion slammed home his second to wrap up a 3-1 victory for the Antrim Road side.

Everyone at Solitude extends heartfelt congratulations to Scullion and Slane on their success, while our commiserations go to their fellow Cliftonville players Rocks and Hamill.