Cliftonville Football Club are this morning delighted to announce that Joe Gormley has signed a new contract.

In an early Christmas present to our fans, we can confirm that the Reds’ greatest ever goalscorer has penned a three-year extension to his deal that will keep him at Solitude until at least the summer of 2023.

The 29-year-old, whose header against Institute on Saturday was his 25th goal of another prolific season, can now look forward to adding to both his goal tally and the 259 appearances he has made for the Club since joining from Crumlin Star in 2011.

“I can confidently speak for everyone associated with Cliftonville when I say how happy I am to have secured Joe on a new deal,” said Chairman Gerard Lawlor.

“He has been a reliable and consistent goalscorer in both of his spells with the Club and I know that this news will be a huge Christmas boost to our supporters.

“A lot of hard work has gone into getting this contract signed, sealed and delivered and the Committee here at Solitude are delighted that their efforts have achieved the desired result.”

Gormley’s opener from the penalty spot in the October 5 North Belfast Derby against Crusaders saw him break a 57-year-old record set when Kevin McGarry netted the last of his 170 goals for the Club in a League encounter with Bangor on March 4, 1961. 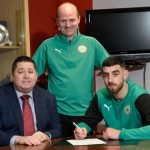 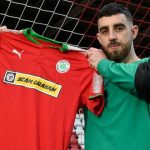 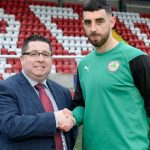 While McGarry – who smashed the previous landmark of 127 set by Sid Over – amassed his total after 286 outings for the Reds, Gormley needed just 247 to set his own goalscoring milestone, one which he has since increased to 181.

The Club can, meanwhile, confirm that midfielder Conor McDonald has left Solitude a week to the year since his arrival.

The 23-year-old departs to undertake a football scholarship in New Zealand as part of his sports science career and, as well as thanking him for his service over the last 12 months, Cliftonville FC wish Conor well for the future.