He made the first of 278 appearances in the Europa League clash with The New Saints on June 30, 2011 and included among his 35 goals were the openers in the 2011 Shield Final defeat of Glentoran and 2015 League Cup decider against Ards, as well as the late winner when Ballymena United were overcome in the 2014 League Cup showpiece.

The 29-year-old winger departs Solitude with the very best wishes of everyone at Cliftonville FC, who are extremely grateful for his valuable contribution during the most successful period in the history of Ireland’s Oldest Football Club. 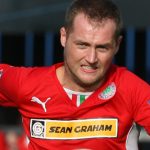 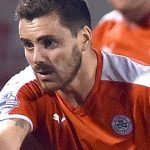 Joining him at Inver Park are Caldwell, whose overall total of 170 appearances included a handful of outings during a brief second spell with Cliftonville earlier in the current campaign, and Ramsey, who joined in the summer of 2016 and enjoyed the notable distinction of opening the scoring in the Club Record 11-1 victory over Lisburn Distillery last season.

We likewise wish Ciaran and Chris well at their new Club and thank them for their services.