Cliftonville supporters turned the clock back yesterday as part of the Retro Reds initiative that encouraged fans to sport their favourite or oldest jersey to the North Belfast Derby clash with Crusaders.

Though the team slipped to defeat on the pitch, our supporters excelled off it, combining marvellous backing for the players with some exceptional sartorial elegance, while Red Arnie was on hand to dish out spot prizes for the most eye-catching attire. 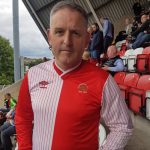 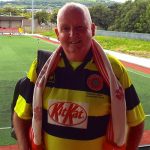 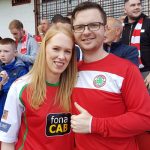 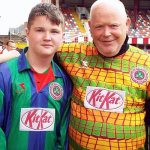 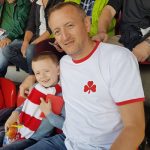 In addition to the small sample gallery presented above, you can enjoy a more thorough perusal of the Red Army’s fabulous fashionistas in Tuesday’s edition of The Red Eye when Cliftonville face Banbridge Town in the Second Round of the League Cup.