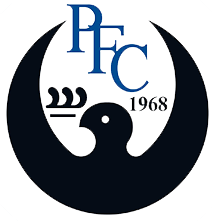 Daire O’Connor claimed a double as Cliftonville made safe progress to the second round of the Sadler’s Peaky Blinder Irish Cup with a 5-1 victory over Portstewart at Solitude tonight.

Garry Breen opened the scoring and O’Connor’s low drive made it 2-0 before the visitors pulled one back just past the hour, only for O’Connor to quickly restore the Reds’ two goal advantage.

Daniel Kearns’ first goal for the Club followed soon later ahead of Ryan Curran completing the scoring as the Reds made sure of their place in Saturday’s draw.

Boss Paddy McLaughlin made just one change from the side that started the weekend’s victory over Carrick Rangers – Barry Coffey coming in for Liam Bagnall – and, as was the case in that game, a fast start laid the foundations for a five-star success.

The opener came after just three minutes when Breen seized upon defensive hesitancy to nod Rory Hale’s cross into the corner, while O’Connor netted via the base of the post soon later.

Any hopes of a first-half goal avalanche were quicky snuffed out by a well-drilled Portstewart side, although Michael McCrudden did go close with a chipped attempt before goalkeeper Andrew Findlay made saves to deny O’Connor, McCrudden and Kearns.

Shortly after the turnaround, Kris Lowe was well placed to charge down a Lee Forgrave drive and Zach Barr dragged an attempt wide of the mark either side of Hale clipping the post at with a curling strike at the other end.

The visitors halved the deficit on 63 minutes when, with the Cliftonville defence appealing to referee Ross Dunlop for a handball offence, Richard Vauls got the vital touch to send the ball over the line during a goalmouth scramble from a corner.

Six minutes later, however, the hosts restored their two-goal lead when O’Connor followed up to convert after Findlay had kept a McCrudden effort out.

Within 60 seconds, Kearns had found the bottom corner to make it 4-1 and Seanna Foster almost made it five only to crash against the bar with his left foot.

Findlay kept out a powerful Hale attempt with 10 minutes left but, when Cliftonville recycled the ball back into the area, McCrudden teed up Curran for a well-taken finish.

With youngsters Odhran Casey and Lee O’Brien afforded some additional senior football in the closing stages, debutant Darren Hyland thought he’d added some gloss to proceedings with a goal in the last few minutes only for an offside flag to cut the celebrations short.